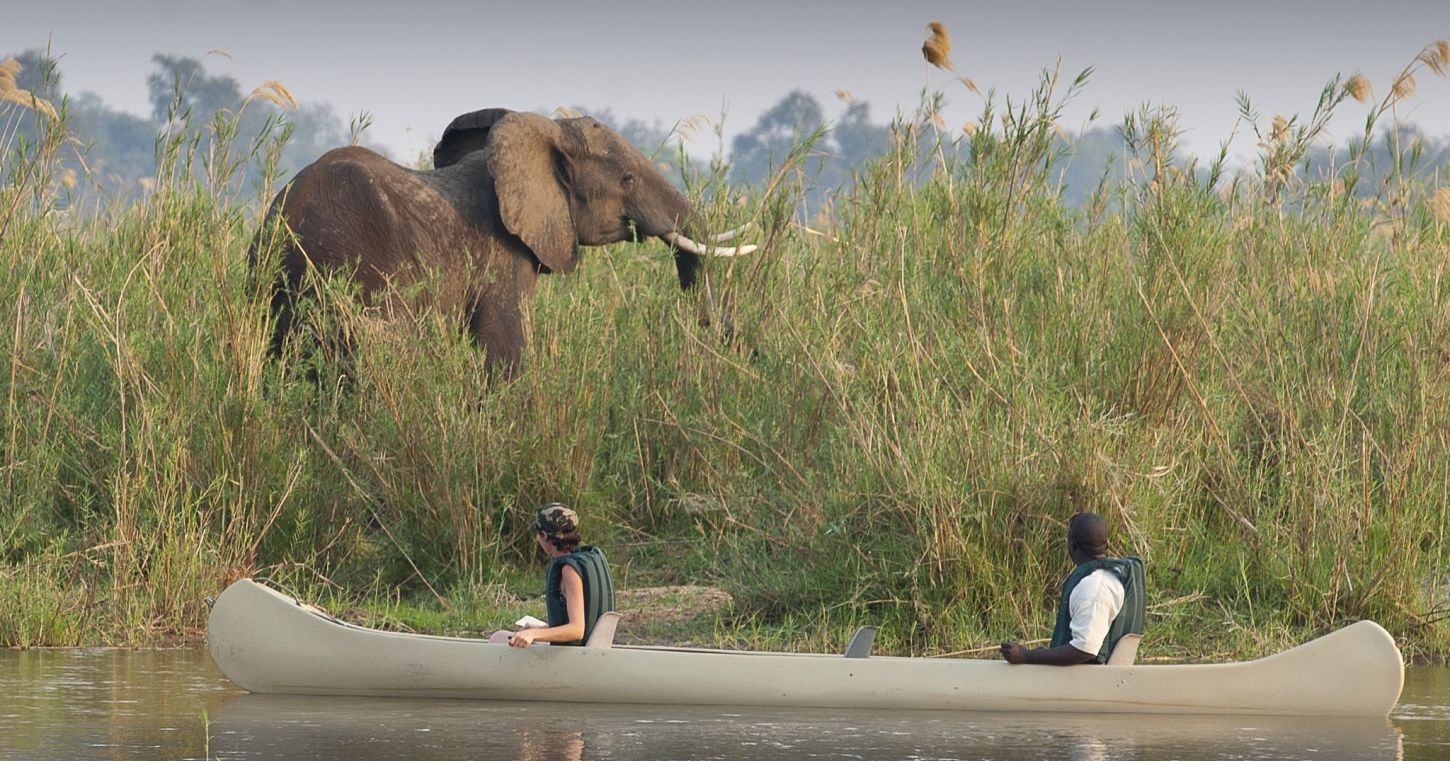 This Park is still relatively undeveloped, it’s beauty lying in it’s wilderness state. The diversity of animals is not as wide as the other big parks, but the opportunities to get close to game wandering in and out of the Zambezi channels are spectacular. The Park lies opposite the famous Mana Pools Reserve in Zimbabwe, so the whole area on both sides of the Zambezi River is a massive wildlife sanctuary.

The River’s edge is overhung with a thick riverine fringe, including ebony and fig trees. Further inland is a floodplain fringed with mopane forest and interspersed with winterthorn trees and huge acacias. The hills which form the backdrop to the Park are covered in broadleaf woodland.

Even though the Lower Zambezi National Park covers an area of 4092 square kilometers, most of the game is concentrated along the valley floor. There is an escarpment along the northern end which acts as a physical barrier to most of the Park’s animal species. Enormous herds of elephant, some up to 100 strong, are often seen at the river’s edge. ‘Island hopping’ buffalo and waterbuck are common. The Park also hosts good populations of lion and leopard, and listen too for the ubiquitous cry of the fish eagle.

With a maximum of 18 guests accommodated in 7 “Luxury Suites” consist of lounge & dining areas, large deck and private plunge pool. The Kigelia family tent is made up of 2 ensuite bedrooms joined together by an open plan dining and lounge area with its own private plunge pool.

Each of the twelve tents has an indoor bathroom and outside shower, in addition to a private plunge pool. With two spacious and comfortable decks boasting views of the Zambezi or the Mushika riverbed and waterhole, there are endless possibilities to relax and enjoy the magic wildlife.

Zambia’s premier luxury safari camp, Chiawa, boasts an out-of-this-world setting, with spectacular views over the Zambezi River and its resident wildlife. Allow yourself to indulge in decadent cuisine, personalised service, a vast array of activities led by what has been voted as Africa’s Best Guiding Team.

In the heart of the African subcontinent lies a destination known as “real Africa”. This is Zambia, where you will find remote wilderness areas, breathtaking scenery, wildlife in abundance. In the middle of the unspoiled African bush, on the northern banks of the Zambezi River.

Royal Zambezi Lodge offers the discerning traveller a front row seat to these unique wilderness experiences, all the while welcoming you ‘home’ to our luxury tented and thatched lodges overlooking the Zambezi River. Your stay with us will leave you with an indelible love for Africa.

The four tented camp, perched on the edge of a high bank above a channel of the Zambezi, is the perfect intimate experience of the wild. Whether you take the whole camp for a big group, or just one tent for two, you can relax in true style, watching the river go by.