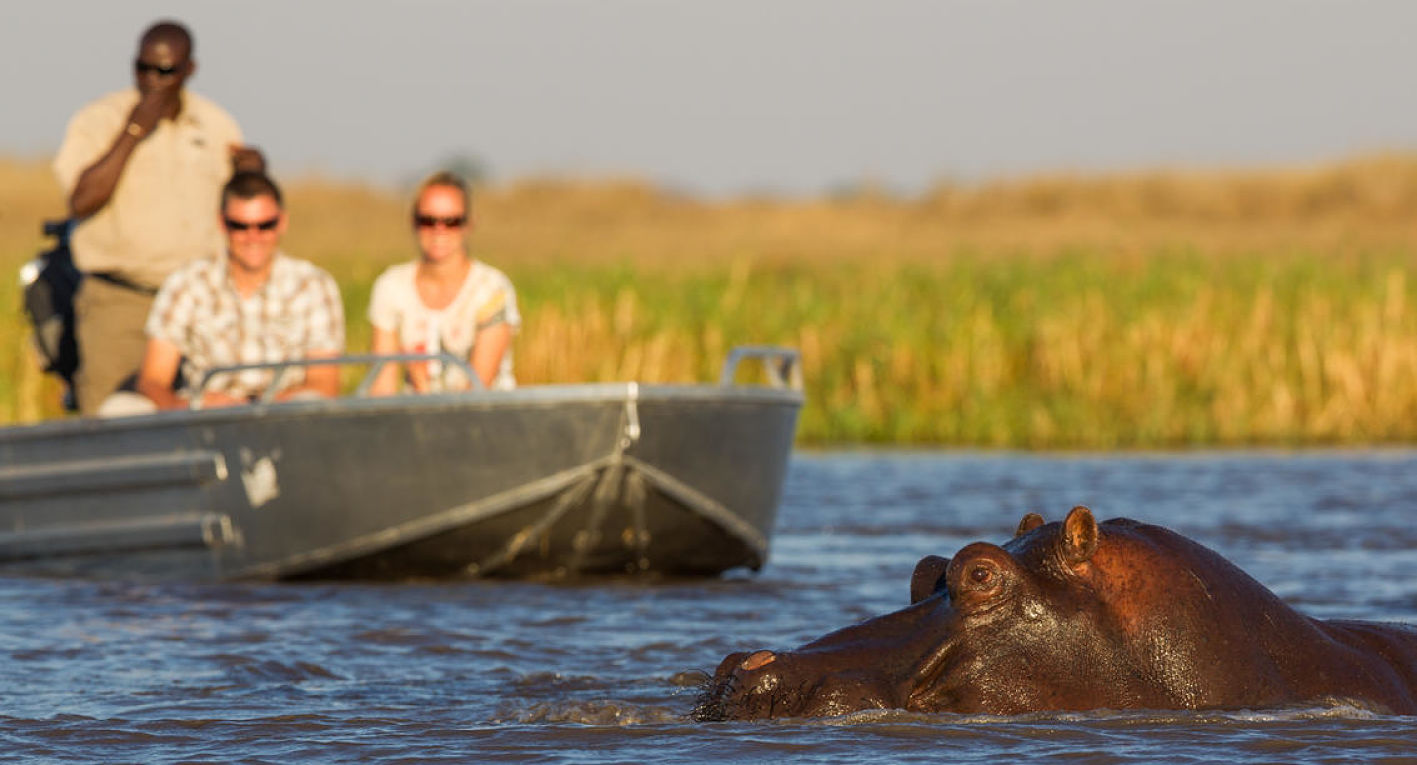 Found in the centre of western Zambia, Kafue National Park is the oldest and largest of Zambia’s national parks. It covers a massive 22,400 km2.

First established as a National Park in the 1950’s by the legendary Norman Carr, Kafue is one of the largest national parks in the whole of Africa. Despite its size and prominent location only two hours drive from Livingstone, it remains little-known and largely unexplored with vast tracts of its virgin bush still untouched. Thanks to its size and variety of habitat types the Kafue holds a fantastic diversity of wildlife.

In recent years the Park has seen a well-managed growth in the number of Safari Camps and Lodges that operate in and around the Park. This new interest has brought with it more visitors and investment to the area, notably in infrastructure with a number of well-graded roads and airstrips.

The stylish camp is built on raised decks on a verdant tree island, allowing for breathtaking views of the surrounding floodplains. Shumba’s six luxury tented units offer spacious living with a cushion-strewn veranda for outdoor contemplation. Open from 01 June – 31 October.

Busanga Bush Camp lies on a verdant island in the middle of Kafue’s Busanga Plains. Day and night drives and seasonal boating take in the diverse wildlife in this remote place on the ground, or a hot air balloon ride by air. This intimate camp has just four tents set under leafy fig trees.

The six tents comprise custom designed meru style tents which have stone built bathrooms each also with an external shower under the stars. Each tent has a thatched roof to reduce the heat and each one also has a spacious deck. Every tent is located with great views of the stunning river.

The lodge has 10 state of the art luxury safari tents perched each on their own deck reaching out over the banks of the Kafue River. Included in our 10 top-notch tents are 2 larger family suites. Each tent has been individually designed to mesh with the flora surrounding it providing shade.

The three luxury cottages can each accommodate two guests and are situated along the tree line, giving guests an unobstructed view of the dambo. Here, peace and tranquility reign. The chalet’s en suite facilities include a hot and cold shower, toilet and double basins.

Konkamoya Lodge integrates seamlessly into the surrounding bush deep in the heart of Kafue National Park. Each of the four tents is located on a wooden platform a metre above the ground. East-facing, all tents look across the breezy lake with marvelous views of the renowned African sunrise.